Cecinas Pablo launches now to the conquest of the Arab countries

Webmaster
Friday, 02 May 2014 / Published in Uncategorized

Cecinas Pablo launches now to the conquest of the Arab countries

Cecinas Pablo takes a new leap in its internationalization. The agri-food company based in the town of Astorga in Leon has begun exporting its recognized beef sausages to the United Arab Emirates after a few months ago it obtained the Halal certification, which allows the commercialization of products in Muslim countries.

The company maragata already commercializes its products -fishes, hams and sausages both cured and for cooking- in more than 23 countries on three continents, so that 12 percent of its turnover comes from abroad. CecinasPablo began its journey abroad in 1994 with its first exports to the United Kingdom. Today, 20 years later, it is possible to eat a maragato chorizo ​​sandwich in the heart of London – it sells more than 100 tons of this product in the English market, where it has become an increasing competition for fish and chips – or enjoy a salad with jerky in an Italian restaurant in Malaysia.

The origin of Cecinas Pablo goes back to 1977 when Pablo Barros de Arriba takes over the butcher shop where he worked after the retirement of his owners. His entrepreneurial vision soon led him to make his own sausages in the basement of the store before the impossibility of getting handcrafted products, recovering a tradition that was being lost in the region of Maragatería, the cradle of the cecina.

After opening a second store, the first for gourmet products of Astorga, which offered cheeses, pâtés, cold meats, preconizados and a variety of sausages, and Iberian, in 1993 began to prepare jerky and sausages under its own brand. The success of their entrepreneurial commitment forced them to undertake three extensions and nowadays their know how to do charcutero extends through three modern ships.

Cecinas Pablo has become today an example of innovation. Along with its traditional and artisanal products – ham, cured meat, botillos, sausages or loins – the company has opted for new products from the second generation.
Pablo Barros Cordero, current director general, and Belén -director of Quality-, sons of the founder, are the architects of a continuous revolution in the cecina world, a journey in which they have been very well accompanied by the deputy general director, Francisco Vega Alonso, a veteran who saw the company born.

In 2009 they launched the cecina cream, later copied by several of its competitors, who later merged with Queso de Valdeón or chocolate, one of the most renowned products of Astorgana gastronomy. Together with this, they have also been pioneers in the launch of sliced ​​cecina in virgin olive oil or a wide range of fresh products that can be cooked in the microwave, such as marinated loin, chorizo ​​a la cider or chorizo ​​de León.

Last year, the company invoiced 7.3 million euros, continuing with the ascending line of the last years. The maragata company, which has a staff of 40 employees, has successfully promoted its internationalization over the last few years. Thus, exports, which at the end of 2011 did not reach 10 percent of the turnover, have passed in 2013 to be 12.4 percent. Its facilities in the polygon of Astorga occupy 4,200 square meters.

Read it at eleconomista.es 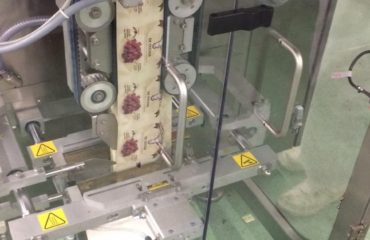 Cecina snack to keep you going