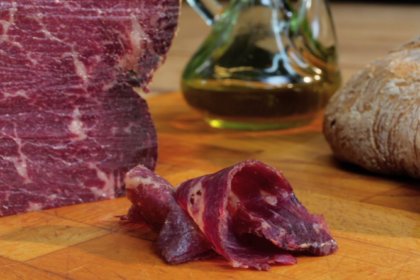 The cecina of the Leon company Cecinas Pablo becomes part of the “Extraordinarily tasty foods”. The Pastrami and the Spicy Beef Chorizo ​​receive a star respectively. The 5 stars place Cecinas Pablo as a world reference in the beef market.

Cecinas Pablo, a leading cecina company in Spain, has received 5 stars at the Great Taste Awards: the most rigorous annual haute cuisine contest for its independent evaluation when tasting excellent products. Cecinas Pablo receives five stars for his beef products: the highest award with three stars for the beef jerky, with which he becomes part of the “Extraordinarily tasty foods” and two stars for the Pastrami and the Spicy Beef Chorizo. Names like Melissa Hemsley and Kenny Tutt have been part of the jury that has valued Cecinas Pablo products.

In 500 Great Taste Awards, 500 judges from the best palates in the world participate, tasting more than 12,000 products from 100 countries. Among the jury that has awarded the highest award to Cecinas Pablo, it is worth mentioning Melissa Hemsley, Kenny Tutt, 2018 MasterChef champions; Olia Hercules, haute cuisine chef; Gill Meller and Kavi Thakar of Dishoom; the writer Georgina Hayden and the well-known chef Zoe Adjonyoh. In addition, the heads of purchase of the well-known distribution chains specializing in gourmet products have been part of the jury: Selfridges, Fortnum & Mason, Sourced Market and Partridges.

The jury of the Great Taste Awards has valued with three stars, maximum award, the Cecina de Cecinas Pablo, which indicates that it is part of the “Extraordinarily tasty foods” which only 3% of the products tasted access.

For Pablo Barros Cordero, manager of Cecinas Pablo, “it is great news since it means that our cecina is the most awarded in the world and that is a recognition of many years of work. If getting a star is a success, five stars is glory. We have received two stars in 2015 and 2006 and we were very happy but giving us five stars to our beef products makes us a world reference in this market, ”he says.

Cecina Pablo jerky only uses beef and salt, without artificial additives or preservatives, which guarantees a high level of infiltrated fat; That translates into a juicy jerky. Its healing process is slower since the beef leg is of high quality, the ripening with the salt is not forced and natural and traditional techniques are used, which allows obtaining a gourmet product of high quality and flavor. This cured meat product, characteristic of Astorga, is obtained by selecting the best parts of the beef leg. Astorga’s climate is characterized by very cold winters and long periods of frost, where the altitude plays an important role, since they allow to elaborate the cecina in a traditional way.

In addition, in this edition the Pastrami and the Spicy Beef Chorizo ​​are starred in the Great Taste Awards. Pastrami is a cured and cooked beef that is traditionally made with a double shrinkage. A process in which less brines and spices are added, to obtain a more meaty product, with a better bite, and much more flavor. In the style of the New York recipe. Finally, it is covered with spices and slowly baked for subsequent vacuum packaging. The Spicy Beef Chorizo ​​is made with natural casings, selected beef and lightly smoked with oak or oak wood.

The assessment of the Great Taste Awards is done in blind tasting to assess the taste, texture and quality. The best palates in the world that taste more than 12 thousand products from 100 countries participate in the valuation process. Gastronomic criticism is involved in the tasting process as well as haute cuisine chefs, restaurateurs, producers and distributors.

Today Cecinas Pablo can affirm that its beef jerky, with the five stars of 2019 is the most awarded in the world. Previously, it has been awarded in 2015 and 2006 with a star. In the 2008 edition, the winner was the cured pork loin from León and in 2013 the chorizo ​​maragato. CECINAS PABLO leads the cecina market in Spain and exports to 28 countries. With a catalog of products with 150 references in the market, Cecinas Pablo invoices more than 9 million euros a year and has a workforce of 48 workers. Its origins date back to 1977, in which Cecinas Pablo is founded with the aim of recovering traditional forms of production to obtain the highest quality of the raw material.
From: origenonline.es – Read in origenonline 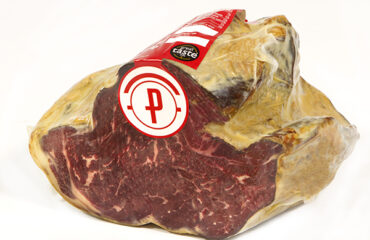